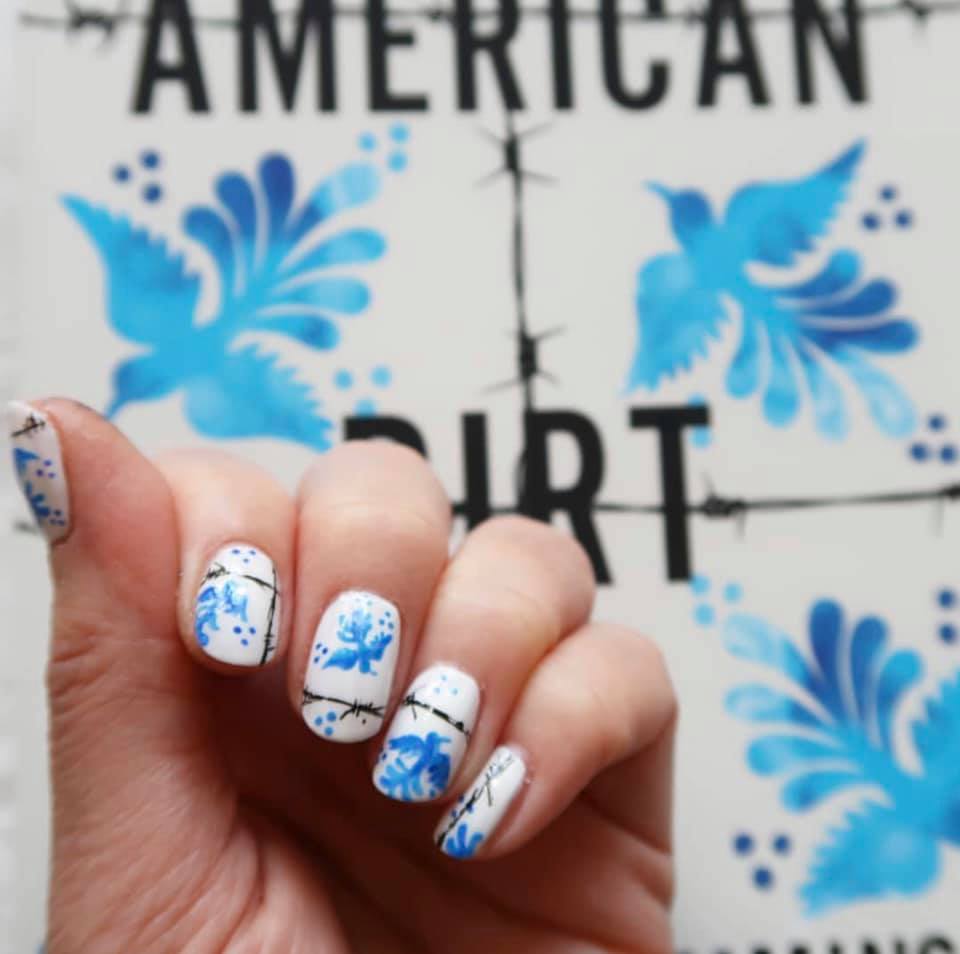 On Jan 21, 2020, media mogul Oprah Winfrey announced that Jeanine Cummins’ American Dirt would be her next Book Club Pick.

The timing was awful. The announcement came on the heels of Martin Luther King Day and a week after the resounding Latinx outcry against the hyper-problematic book had begun. These circumstances didn’t stop her. Oprah has a publishing deal with Flatiron Books, the same company that published American Dirt. The roll-out was planned months in advance, probably long before Oprah’s people ever read the book, perhaps before the book had even been finished.

Reminder: in choosing AD, Oprah wasn’t just sprinkling magic bestseller dust in a random title. Oprah is in business with Flatiron.
In 2015, Oprah sold a memoir to Flatiron for a reported eight figures — and agreed to run an imprint there.

Reaction against Oprah’s choice was swift. Led by R.O. Kwon, a group of 142 of some the most prominent American writers wrote an open letter to Oprah urging her to reconsider her choice. In addition to R.O. Kwon, the writers included Viet Thanh Nguyen, author of the novel The Sympathizer, Pulitzer Prize winner and MacArthur Fellow; Luis Alberto Urrea, Guggenheim Fellow and Pulitzer nominee; Kiese Laymon, author of Heavy: An American Memoir; Valeria Luiselli, author of the novel Lost Children Archive, MacArther Fellow and American Book Award winner; Carmen Maria Machado, author of Her Body and Other Parties and National Book Award finalist; Tommy Orange, author of There There, Pulitzer Prize nominee and PEN/Hemingway Award, John Leonard Prize, and American Book Award recipient; Rebecca Solnit, author of Whose Story is This?; Esmé Weijun Wang, author of The Collected Schizophrenias and Whiting Award recipient.

Oprah has yet to respond to the letter or to any of the book’s critics. Instead, she sat next to a bowl of fruit in a television studio kitchen and issued the following statement on Instagram.

“Now, it has become clear to me, from the outpouring — may I say — of very passionate opinions, that this selection has struck an emotional chord and created a need for a deeper, more substantive discussion,” the TV mogul said.

“When I first started to hear your comments opposing the selection, I was asking the question in earnest: ‘What is offensive?’ I’ve spent the past few days listening to members of the Latinx community to get a greater understanding of their concerns, and I hear them. I do.”

It’s clear that we need to have a different kind of conversation about American Dirt and we welcome everyone’s thoughts and opinions in our community. #ReadWithUs

Had Oprah actually bothered to read the Open Letter in Lithub, the answer to her question “What is offensive” would have been clear.

From the open letter: “In the informed opinions of many, many Mexican American and Latinx immigrant writers, American Dirt has not been imagined well nor responsibly, nor has it been effectively researched. The book is widely and strongly believed to be exploitative, oversimplified, and ill-informed, too often erring on the side of trauma fetishization and sensationalization of migration and of Mexican life and culture. In addition, there are now accusations of heavy use of other Latinx writers’ work.

“As Cummins puts it in the author’s note to American Dirt: “At worst, we perceive [migrants] as an invading mob of resource-draining criminals, and, at best, a sort of helpless, impoverished, faceless brown mass, clamoring for help at our doorstep. We seldom think of them as our fellow human beings.” A painful, central question arises: who is this we imagined by Cummins, who is this them? We, the undersigned, do not see a faceless brown mass. We, ourselves, are not faceless, nor are we voiceless.“

On January 21, Mexican author Valeria Luiselli posted that Oprah’s people contacted her: “they asked me if I could give them the contact of any “illegal people” that I’ve worked with, so they could talk to them. The conversation ended there.“

I got a call from @Oprah ‘s producers last week, asking me to recommend Latina writers for this show, which I did. But then they asked me if I could give them the contact of any “illegal people” that I’ve worked with, so they could talk to them. The conversation ended there.

Oprah’s people started reaching out to folks on Twitter, asking them to record their tweets so that these could be played during the episode. There would be no live criticism of the book. Critics would be reduced to distant recorded voices, not present. Everything would be done in a highly curated manner.

LA Times reporter Esmeralda Bermudez was one of the few critics actually invited to be on the program. An immigrant from El Salvador whose family had fled the violent civil war, Bermudez had been vocal in her condemnation of the book as inaccurate, inauthentic, and Trumpian.

I trust that if Oprah listened & focused on our reality for even a fragment of the time she dedicated to reading the distorted fantasy of #AmericanDirt, she might begin to shed her preconceptions. We don’t deserve to be brown props – not in any fiction book, not on any Oprah show

In the twenty-five years of its existence, Oprah’s bookclub has picked exactly zero books by US based Latinx writers. (Cummins claims Latinx ancestry, which does not equal lived experience). Oprah has picked 20 books by Black writers, 54 books by white writers, 3 classics by South Americans, a Moroccan and an Indian (for spice).

This was brought up in a meeting between Flatiron Books and #DignidadLiteraria in which Oprah’s representatives “attended” by phone. “What about Gabriel García Márquez?” Oprah’s people protested, pointing out that the Colombian magic realism writer has two classic novels picked by Oprah. “He’s dead” responded Myriam Gurba.

This brief exchange was the entirety of discussion between Oprah Winfrey, her representatives, and the primary critics of American Dirt.

Two and a half weeks later, the show was taped in at a secret location about an hour out of Tucson, Az. ICE Agents were reported to be invitees, in the audience, and Border Patrol agents on the stage. This is a great way to make honor the migrants, Oprah. We hope no-one gave you the names of some “illegals” to invite.

I’m also hearing that ICE agents will be in the audience.

Tucson raza, even if you’re upset about your city being used as a backdrop for this dog-and-pony show, be safe.

If you feel the need to protest, don’t play into the stereotypes of the book.

This event does not sound safe to attend for anyone who isn’t a white Caucasian.

Feb 12 2020: On the eve of Oprah’s “all sides” taping, in which no one from the side of those leading the criticism were invited to participate, #DignidadLiteraria issued their own open letter to Oprah, the second open letter to Oprah published in Lithub.

“As writers whose mission centers narrative justice for our communities, we seek to repair harm done to our collective dignity — and yours,” said the letter, which was signed by #DignidadLiteraria founders Myriam Gurba, David Bowles, Roberto Lovato and Matt Nelson.

As expected, it drew absolutely no response.

For all her interest in hearing from all sides, the only side Oprah is interested in is her own. She cares about nothing but money.

“It’s imperative that we discuss the ​actual problem: the continued underrepresentation of Latinx authors in publishing and in your highly influential book club.” The founders of #DignidadLiteraria invite @Oprah to a private sit-down. https://t.co/87Tgz216M0

According to thisistucson.com, about 250 people were asked to meet at the Harkins Theatres Arizona Pavilions in the whitest part of north Tucson early afternoon the day before Valentines, and directed to another secret location, (perhaps the border!). Participants were asked to sign a nondisclosure agreement and banned from speaking about the event until after the show airs in March.

Here’s what little is known by those outside: Reyna Grande, American Dirt’s official apologist, was in attendance. Reyna and Jeanine will be making a number of appearances together, including Jeanine’s home town of Gaithersburg, Maryland’s official town reading of American Dirt. Reyna’s job is to be the token migrant. Gaithersburg Mayor Jud Ashman says “having Grande allows for the voice of someone who’s actually lived the immigrant experience.”

Reyna is expected to continue making the following four points: 1). This is a great book 2). The publishing industry is racist. 3). It’s not Jeanine’s fault that the publishing industry is racist, and 4). It’s upsetting how much money Jeanine was paid. Cummins is in complete agreement with the first three points. As for the fourth, in Publisher’s Weekly Cummins says “I’m not going to turn down money someone wants to pay me for a book that took me seven years to write!”

The lawyer in me noticed this: “Participants were asked to sign a nondisclosure agreement and banned from speaking about the event until after the show airs in March.” If someone breaches this, will Oprah sue?

1/2 We’re gathering reports about @Oprah‘s @AppleTV special & will provide a detailed report. From what we know thus far,it’s clear that #DignidadLiteraria‘s efforts came up several times.We also know @Oprah was asked about meeting w us and that she was ambiguous in her response.

2/2 We also had our people deliver our letter https://t.co/Z7WD9H5RxN to @Oprah‘s staff, who said they would deliver to the producers. A more detailed report is forthcoming, as soon as our networks confirm details gathered. Stay Tuned.

From Hip Latina: “Late last month, we told you that Oprah Winfrey would be hosting a panel to discuss the controversy surrounding American Dirt. Now the iconic cultural figure was reportedly in Tucson, Arizona, yesterday taping the program, which will air in March on Apple TV. Some of those in the community were not thrilled to hear that the taping had excluded Latinx people who should have been on the panel expressing their views. “

Reports that Oprah was in Tucson came out on Twitter yesterday, and someone expressed they were again upset with Oprah for not including Latinx authors pertinent to the topic of American Dirt. It’s unclear if author Myriam Gurba who launched the backlash of the book late last year was at the event or not. She tweeted, “Lol! I was conceived in Tucson! I’ll leave figuring out the punchline to you, but it should definitely involve a word that starts with the letter F.”

Oprah wanted to capitalize on the controversy. She did this by making sure her base of white women knew there was a controversy, but also making sure that the critics were never heard. This way, she could reframe it as a controversy about the book’s topic – immigration – positioning Jeanine Cummins as a White Savior, Oprah as the White Savior’s champion, and allow Oprah’s white lady readership to feel good about themselves for caring about the distant, faceless brown mass of primitive people huddled at the border.

Just in case anyone wonders how interwtined Oprah’s empire is with Flatiron Books, here are a few posts from Flatiron Books’ Instragram: